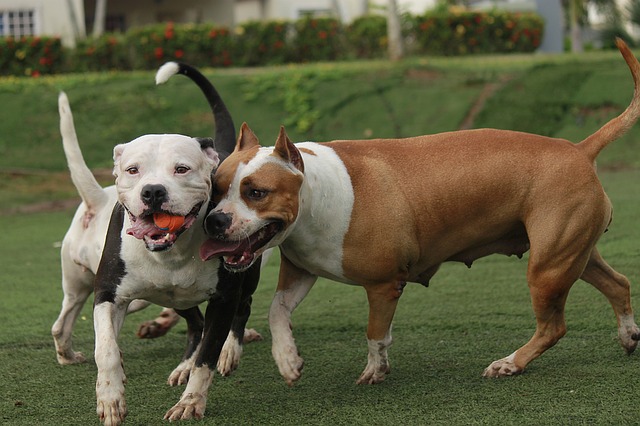 The BSL in Ontario

The BSL in Ontario I know is a touchy topic for many. However as an advocate for many animals including those that really need a voice I did some research on what the BSL was about and why it is in place in Ontario but not other Provinces.

Rick Nicholls, an MPP from Chatham-Kent-Leamington, recently put forward a private member’s bill that would end the province’s ban on pit bulls, also known as breed-specific legislation (BSL). He says the issue has divided some conservatives, but he’s confident the bill will pass.

According to the Toronto City News

“Some are supportive of it and others are not as supportive,” Nicholls said. “That’s OK, it’s a free vote and they can vote anyway.”

It is unclear if the ban ever had an effect on reducing dog bites and attacks, let alone those from pit bulls. The Canadian Press reported in 2016 that Ontario does not collect data at the provincial level and does not regulate how, or even whether, municipalities collect and store that data.

Some municipalities do track dog bite data, but it can be collected by the local public health unit or the animal control unit, depending on how it’s reported.

The ban came into effect in 2005, Even though statistics from Toronto indicated there has been no effect on the number of dog bites in the city since 2005. It’s impossible for law enforcement to scientifically determine a dog’s breed that could withstand a challenge in court.

More than 3,000, were killed simply because of the way they looked, not because of any aggressive action at, or any proof they were “pit bulls.” according to the Star. Most of these dogs were mixed breeds, not even purebreds.

The ban has 4 breeds included

The term pit bull is actually under an umbrella of other bully breeds like:

I see a lot of arguments online about this breed. But in fairness, it all comes down to tougher animal cruelty laws and harsher punishments for those that abuse the small list of rights that animals have to protect them. It is our job to be responsible pet owners. Having tougher laws for any breeders using them for financial gain. I do believe that breed preservation is important. However, there need to be tougher regulations on the intentions of breeding, not just for Pitbulls but for every breed out there.

Therefore, If your dog has aggression issues you can always hire a professional trainer. Specialized in positive reinforcement training. You can also do your best to never put your dog in any situation that may lead to them biting. Socialize them early on. However, fear-mongering does not help them in social situations.

I started to research on why there was a ban on such beautiful and loving dogs. At least that was my own experience in owning a Pitbull Type Breed. My most recent dog who passed away in July of 2017 at the age of 15. She was a cross between an American Pitbull and a German Rottweiler. I had no issues with her either. So it makes me question the fairness of this legislation.

She was one of the best dogs I ever had. Loyal, loving and part pitbull. She also never roamed or ran away. Only Once she got out of the yard but she sat on the front porch until we got home. She never roamed around looking for people or other animals to attack!

I have raised pit bulls in my life and even raised them with my children. Although my dogs never harmed any animal or person, the message Ontario is sending is that she should have been euthanized? That is absurd! And heartless.

About Pitbull breeds and Dogfighting

The breed is a first choice used by criminals that participate in dogfighting. Here is why:

“Today’s pit bull is a descendant of the original English bull-baiting dog—a dog that was bred to bite and hold bulls, bears and other large animals around the face and head.  When baiting large animals was outlawed in the 1800s, people turned instead to fighting their dogs against each other. These larger, slower bull-baiting dogs were crossed with smaller, quicker terriers to produce a more agile and athletic dog for fighting other dogs.

Some pit bulls were selected and bred for their fighting ability. That means that they may be more likely than other breeds to fight with dogs. It doesn’t mean that they can’t be around other dogs or that they’re unpredictably aggressive.  Other pit bulls were specifically bred for work and companionship. These dogs have long been popular family pets, noted for their gentleness, affection, and loyalty. And even those pit bulls bred to fight other animals were not prone to aggressiveness toward people.” Source: According to the ASPCA

“Encouraging, aiding or assisting at the fighting or baiting of animals”, was an offense under the Criminal Code.

According to Wikipedia Dogfighting has been illegal in Canada since 1892; however, the current law requires police to catch individuals during the unlawful act, which is often difficult.

However, the use of “at” narrows the offense to just one moment within the whole crime. It neglects the training, transporting and breeding of the animal, which is often even crueler than the fight itself.- According to the opinion of Barbara Cartright

Any dog being put through this horrendous act of cruelty. They become broken from a result of human error. Not by their choice but by the trauma they endured from their trusted handlers.

Why are pit bulls treated differently if they do bite someone

” In most cases in Canada, our courts apply the principle of scienter, which essentially means if the bite came out of the blue with no warning or history, the owner is not found liable. Basically, every dog is entitled to one bite. Once a dog has bitten someone or demonstrated a propensity to bite a person or another dog, or act aggressively such that a bite is likely, then the dog owner will be held legally liable for the injury, loss, and damage to another person or dog has sustained.” – Source Lawyers West in BC. This is not the true situation if you own a pitbull and live in Ontario.

Any dog can become a weapon. Not just the pit bull breed and I strongly stand by that. Some of my readers may not agree and that is ok. Maybe there is a strong reason or a bad experience that influenced them in some way. However, who is responsible for training the dog and teaching them the boundaries and rules of society. All dogs have an instinct to protect those they love. I mean police departments have added Pitbulls to their K9 units.

Calgary started educating rather than banning. Making them more responsible for their pet’s behavior. And Edmonton soon followed. This is a far better solution. And the statistics show this. Ontario is the only province that holds this ban.

There are many organizations still fighting to keep the pit bull ban in place. NPBVA -National Pitbull Victim Awareness is one of them. This is a coalition of over 70 pitbull victim groups across the U.S. and Canada. According to their advocacy group, Pitbulls have killed 52 people since the start of 2018 in the U.S. and Canada. If you read in most of these cases. Although they come across as unprovoked. But the responsibility still should lie with the owner.

It is our responsibility to protect them. Make sure they are never in a situation that can trigger an attack. Especially if you know your dog has aggressive tendencies. Or if they have a high prey drive. This can be the case for many dogs, not just the pit bull breed.

Fostering With Bullies In Need. Currently helping dogs in Ontario that are on death row.

Interested in fostering? You can send an email to [email protected] They will then send you a foster application. They will check your references and have a follow-up phone conversation with you and then finally a house visit.

If you want to see what others are voting you can visit the Star page I mentioned previously. When I voted I was curious to see how many others are in favor of the lift.

Write To Your MPP

Here is a sample letter you can include when contacting the MPP in your area. You can go directly to the website End the Ban and have them send the letter for you. I encourage anyone in their riding to send a POLITE and persuasive note or call their way to let them know people in Ontario want this change

Example of what to include from End The Ban Website

I am writing to implore you to vote YES to the private members Bill 147 addressing Ontario’s discriminatory and ineffective dog laws.

Legislation based on a dog’s appearance. Commonly called Breed-Specific Laws, have been repealed in many, jurisdictions across North America. They have been proven to be unscientific, impractical to enforce and most importantly, ineffective in protecting the public. The province of Quebec is the most recent government to abandon this approach citing it against expert advice and not supported by the general public.

As with people, discrimination based on appearance and background is not the answer to problems in a civilized society. Dangerous dog laws are important and every dog owner wants those in place. However, these laws need to apply to ALL dogs and be based on factual information and research, not fear-mongering.

In spite of piles of evidence and more than a decade of data showing these laws to be useless, the Liberals have repeatedly refused to reopen the issue. This is our chance for change! It is my sincere hope, that you will support Bill 147 that has been put forward by your fellow party member at its final reading. Please do what is right and make Ontario a safer place for both people and their dogs.

Sign the Petitions To Help end BSL in Ontario-Keep Fighting

There are many petitions to include your name to. Every signature counts. Here are some that are available to sign.

Care2 also has a petition to end the BSL in Ontario

Xpedition is also fighting for change!

There are so many ways to Help End The Pitbull Ban In Ontario. Keep up on the updates and don’t give up. Ask for information to back any findings. Question the intention of your chosen party and their opinions and solutions to end the BSL. Fight for tougher laws to encourage responsible pet ownership. Not discriminate against a breed because they were born that way. We should hold the handlers and pitbull owners accountable not the breed.

However, everyone is entitled to their opinions on the topic. These are my opinions expressed towards any breeds. I feel this way toward any breed of dog. I do not discriminate against any breed. They should be raised by people with time and patience to teach them confidence in making the right choices. If you put them in the wrong hands with the wrong people they can become deadly and any dog can be used as a weapon.

It is the owner’s responsibility to make sure that their dog is not in that situation nor is anyone in danger. You need to have your dog rehabilitated by professional trainers if they show any aggressive behaviors and take responsibility completely as we do our children until a certain age. 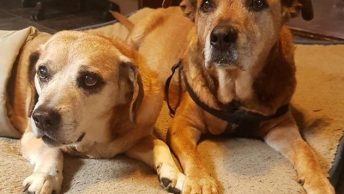 Palliative Care For Our Pets 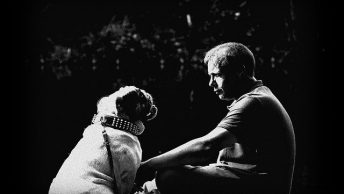 Including Your Pet In Your Will 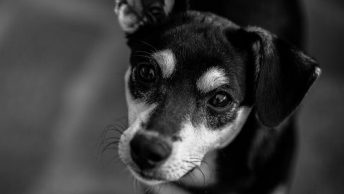 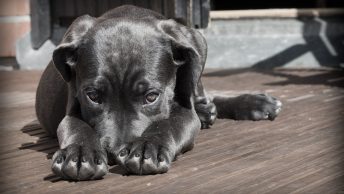 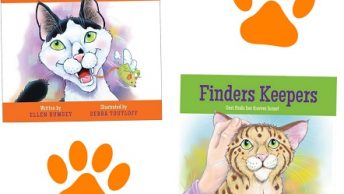 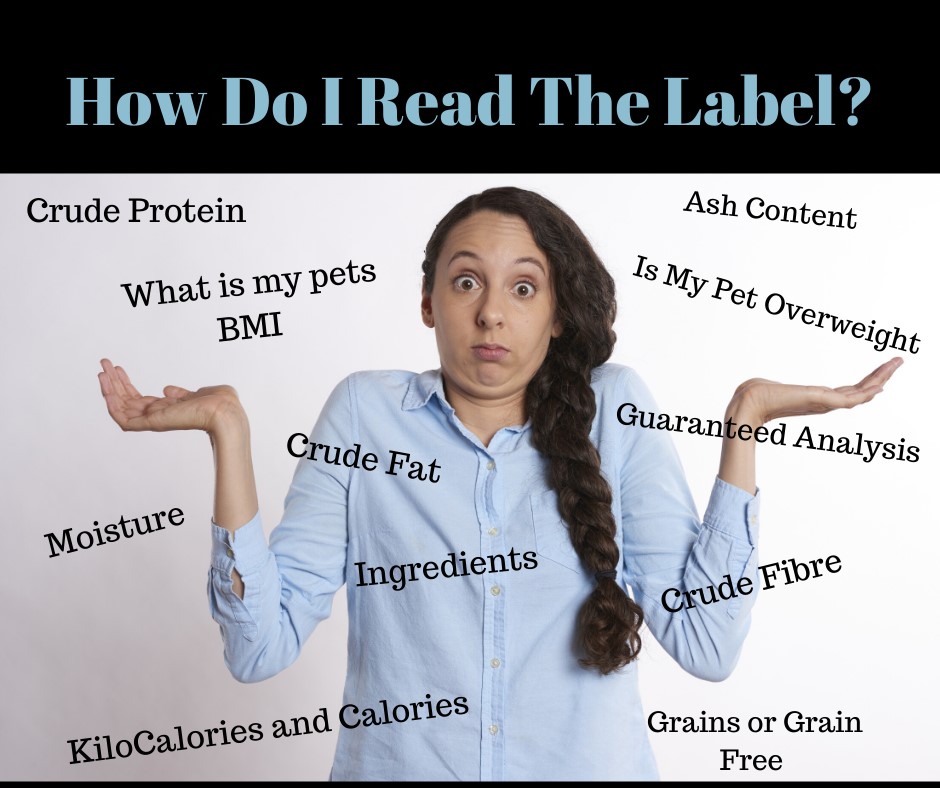 Nutrition Information On Your Pet Food-What Does It Mean?